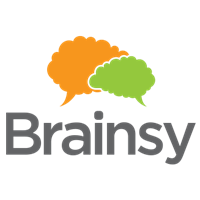 Social media platform operators offer narrow but complicated choices to consumers regarding privacy and use of the data collected on them. It shouldn’t take a PhD or hours of reading fine print for consumers to reclaim control of their data.

In a win for consumer choice and privacy, Brainsy Inc. (http://www.brainsy.com) announced a newly released “Data Incognito” mode to give consumers the option to be free from algorithms, targeting, and analytics when participating in a white-labeled social media platform powered by Brainsy.

By enabling Data Incognito mode, a consumer will not become anonymous because identity verification is an important feature on many Brainsy powered sites. Furthermore, a consumer’s public profile may be visible if the consumer engages with other users. However, in Data Incognito mode, any and all data attributes associated with the consumer’s profile will not be used for analytical purposes, to serve content (including advertising) or to target the consumer in any other way based on their use of a Brainsy powered platform.

According to various industry sources, social media platforms such as Facebook may use more than 52,000 data attributes on each individual consumer for targeted advertising or engagement. However, the type of data collected on consumers is opaque and the process for consumers to reduce its use is cumbersome and limited. On a Brainsy powered platform, a user in Incognito Mode must provide express consent before any individual data element is used for any purpose and they will have full transparency on how it will be used.

“Social media platform operators offer narrow but complicated choices to consumers regarding privacy and use of the data collected on them. It shouldn’t take a PhD or hours of reading fine print for consumers to reclaim control of their data,” says consumer privacy expert Dr. Mary Culnan, a Professor Emerita at Bentley University and a Brainsy Board member. “The Brainsy approach is really simple. In Data Incognito mode, full data privacy becomes the default setting which is easier for consumers to understand and to monitor for compliance.”

Users in Data Incognito mode will not be subject to algorithmic content delivery decisions and will therefore have a more common experience within the communities they participate. For example, a consumer in Data Incognito mode may Upvote a piece of content but the Upvote will not be incorporated into any algorithm determining other pieces of content (including advertising) to deliver to the consumer. Instead, a consumer may receive content in random or chronological order but with no regard to their personal data attributes.

From time to time, consumers may wish to release a specific data attribute (e.g. location) to receive content or advertising most relevant to that data attribute -- but the process will always require consent and will be transparent and auditable. In such cases, Brainsy may also act as distribution agent for “containers” of the consumer’s bundled data to third parties for engagement or advertising. And using the Brainsy reward features, consumers may even receive some form of compensation for release of their data containers.

“As it relates to algorithms and content moderation, some of the largest social media companies have recommended that lawmakers consider a regulatory framework requiring every company to issue transparency reports for an ‘apples to apples’ comparison between content moderation systems and their effectiveness,” stated Brian Christie, CEO of Brainsy, “Such an approach will create regulatory burden and a competitive barrier for smaller companies and it falsely assumes that other companies are trying replicate the same eyeballs-for-profit or click-for-profit business model which these large companies have perfected -- but which are increasingly recognized as harmful to society.”

A user on a Brainsy powered site in Data Incognito mode will be automatically opted out of all email messaging and system notifications except for those related to the user’s account maintenance or as necessary to complete a transaction the consumer has initiated. Furthermore, if any third party accessing the platform tries to upload identifiable data (such as an email address or telephone number) to engage or target a user in Data Incognito mode, the system will block such attempts.

John Muleta, a former head of the Wireless Bureau at the Federal Communications Commission (FCC) and a Brainsy Board member stated “Data Incognito mode has the effect of being an internet ‘Do Not Call’ registry for participants on white label social networks. It’s an innovative way to protect the interests of consumers and we hope the incumbent social platforms will follow the Brainsy example.”